Focus on the future 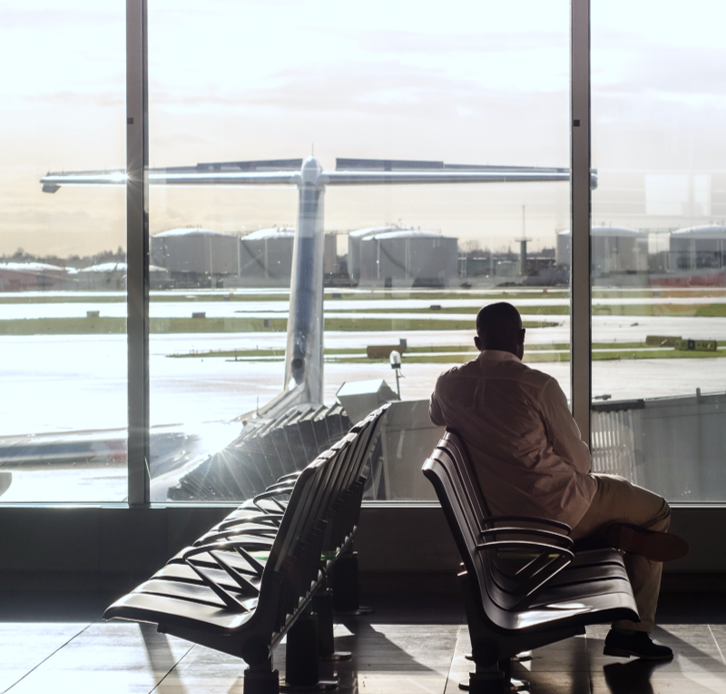 After almost 5 years growing above all expectations, the company continues to develop and seek new challenges. Growing as a reference in the project market is the goal of the coming years! 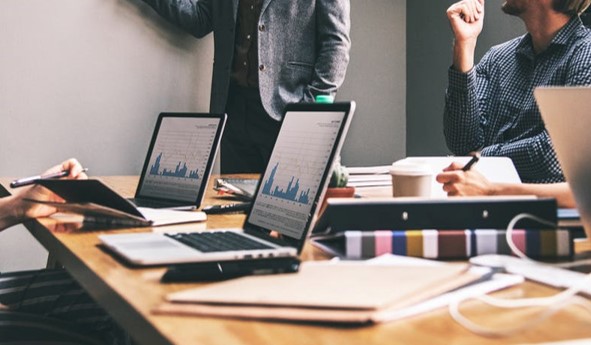 After the auction of the 5th round of concession of airports, the Brazilian Government launched the public call for  the presentation of projects, surveys, investigations and studies  to  subsidiar  the modeling of concessions for expansion, exploration and maintenance dand22  airports, in a challenging endeave for any company. Again, with the same pmi group 2017, we are working to provide the government with the best studies. 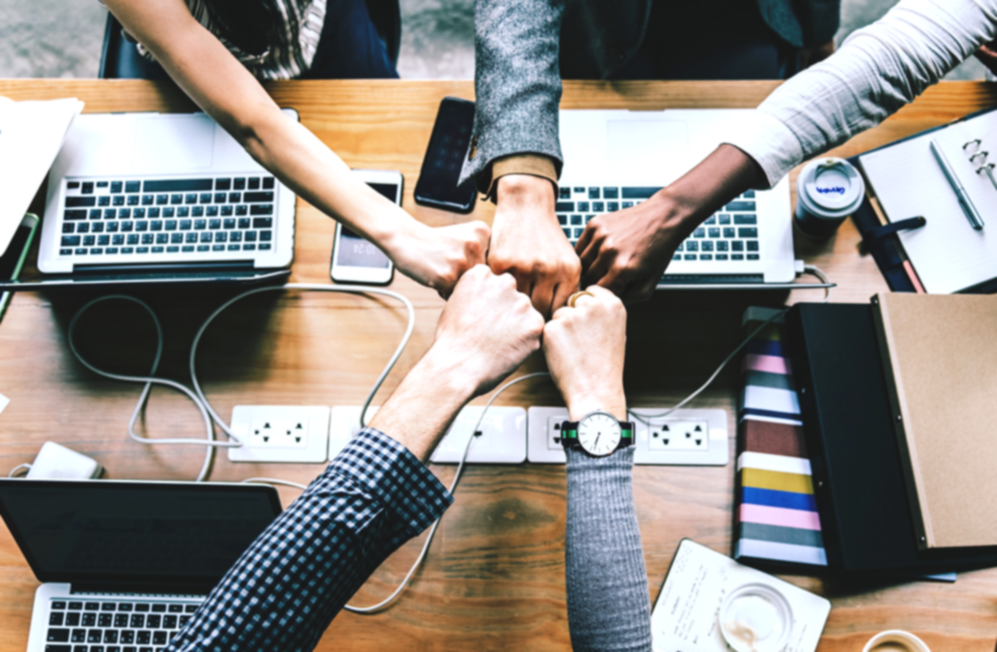 With the company still indevelopment, and growing, we need to increase the number of infraway team! Currently, the team consists of 32 professionals from different areas, a young team, who develops engineering with a new look adding a lot of quality to projects changing the way engineering is done! 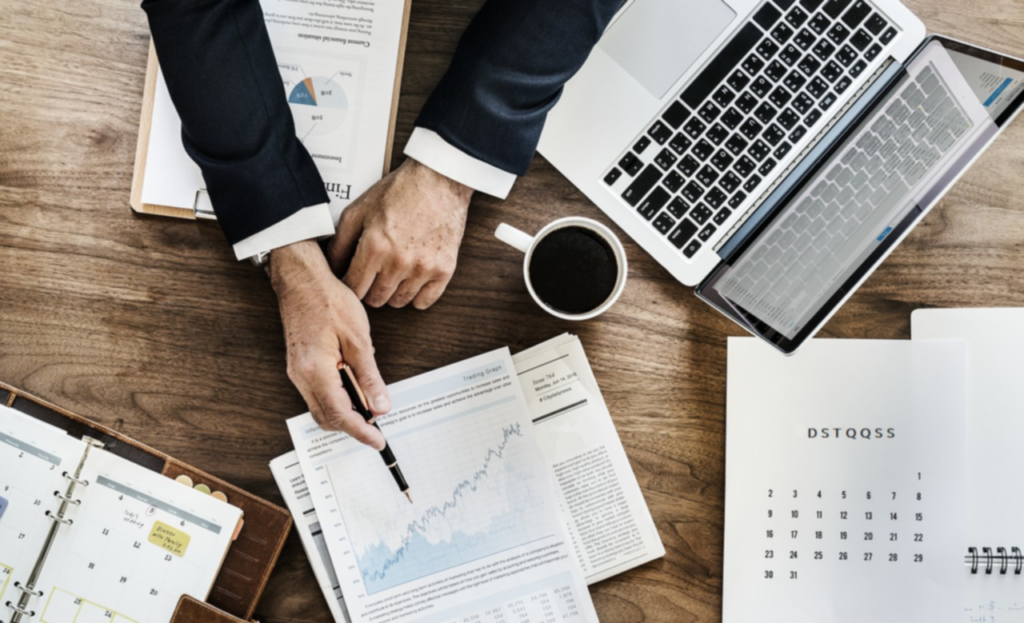 After having participated in several projects for the development of the airports of Porto Alegre and Fortaleza, we started a new stage when we took over the executive projects for the works of adequacy and airside expansion of  Salgado Filho International Airport – Porto Alegre with the construction consortium, providing engineering and consulting solutions for  dealings with issues regulations with ANAC and DECEA. 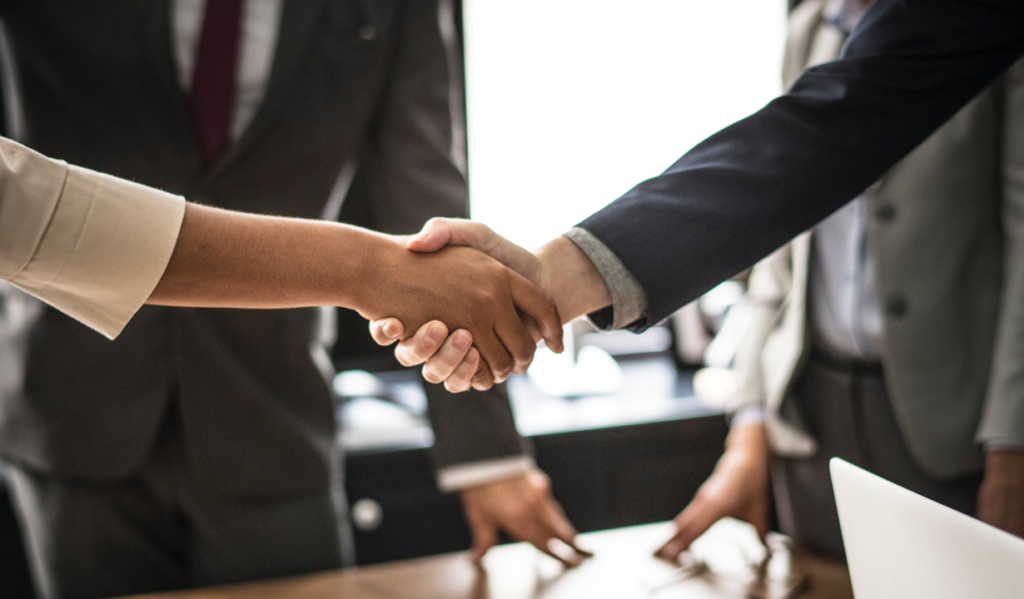 In October 2017, a new great opportunity arose when the Brazilian Government launched the public call for another round of airport concessions. The object was now 13 airports divided into 3 blocks (northeast, southeast and midwest). Having the experience of the 4th round of 2015 and knowing the challenge of the number of airports and a short period INFRAWAY has partnered with other companies specialized in various areas to provide the best studies for the government. INFRAWAY, BACCO, CPEA, MOYS & PIRES, PROFICENTER and TERRAFIRMA jointly developed all technical, environmental and economic feasibility studies for all airports in the call, which were then selected by the government to support the documents of theproceedings. It was the first time that the government made a concession in airport blocks and the studies prepared by INFRAWAY and the study group were selected for all airports, enshrining the technical quality of the products being developed. 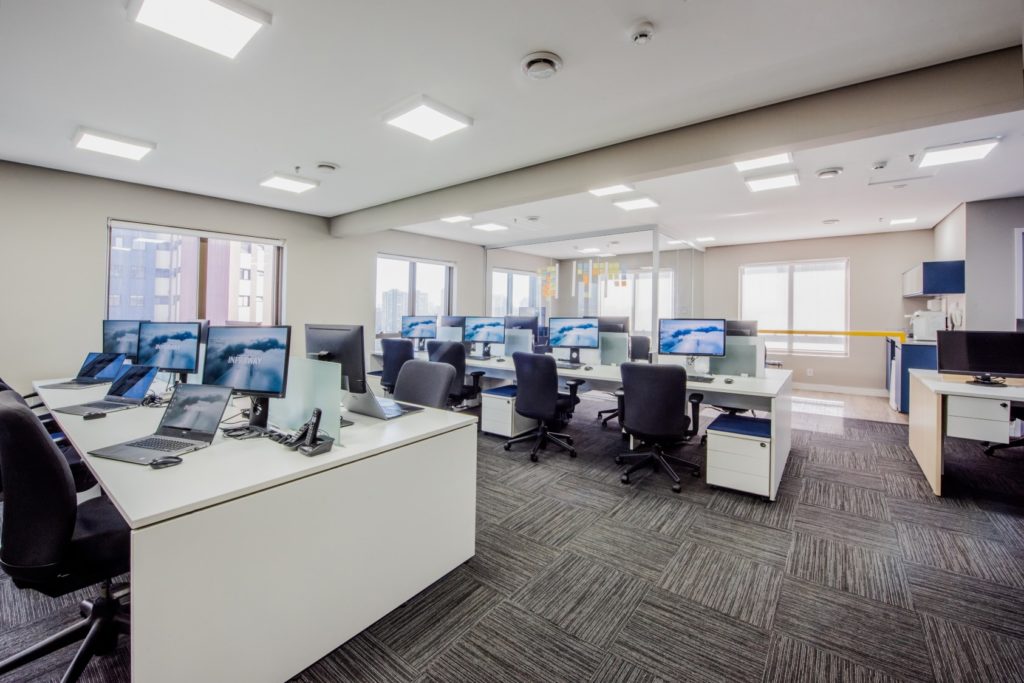 With the rapid development of the company and with the imminent need to always need to grow rapidly, we chose to move the headquarters, to a larger office and with viability to grow even more if necessary. After just over three months of construction and a weekend of 48 hours of preparations, we started the activities in the new office on Rua Armando de Oliveira Cobra, in São José dos Campos, our new headquarters. 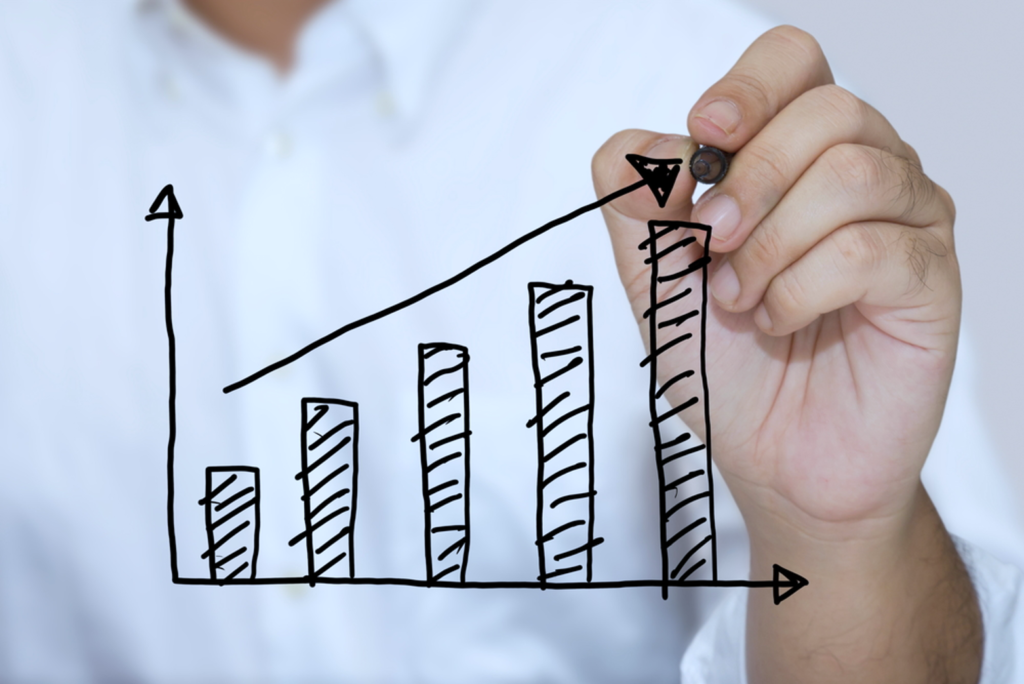 With 3 years of company and already with a portfolio of large consolidated projects, we close one of the most intense and important projects of the company with a large partner. After opening the Airports of Porto Alegre and Fortaleza in the auction of the 4th concession round,  Fraport began the process of study and planning for expansion of the two airports  and  contracted  INFRAWAY to develop conceptual studies  and the Infrastructure Management Plan (PGI) for both  airports. During the project period, we were side by side with Fraport AG, developing and technically subsidizing it so that the development plan could be defined and then transferred to Fraport Brasil, its new local subsidiary. 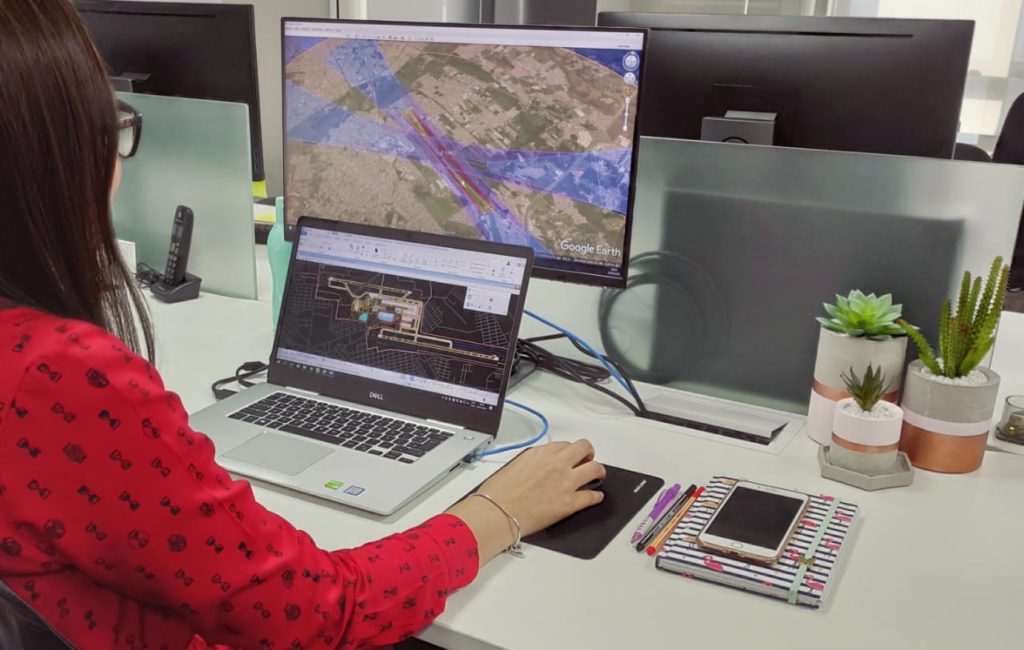 After a start above all expectations, the company continued to develop and seek new challenges. Throughout the year, we have been able to expand our portfolio, reaching increasingly relevant customers. With the increase in the number of projects, we had our technical knowledge put to the test and we had the opportunity to show the aggregation of our technical specialization. 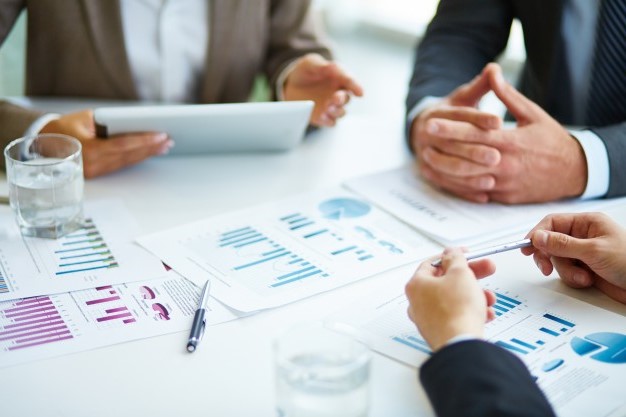 After closing the stage    with the Brazilian government in the preparation of studies that supported the concession process of airports in Porto Alegre and Florianópolis,  we provide engineering consulting  to assist a private group, interested in concessions from the international airports  of  Porto Alegre-RS, Salvador-BA, Fortaleza-CE and Florianópolis-SC,  participation in the airport auction. It was our first international project, developed bilingually, with all products in English and Portuguese, attesting that we were ready for even greater challenges.

With just more than a year, we worked on the feasibility studies that would base the concession process of Porto Alegre and Florianópolis airports. Working as a lean team and totally synergistic, we have delivered the studies within a deadline that was said to be impractical. It was the final challenge to insert us into the market for real.

A brand is born

After six months of hard work, development and many ideas, the INFRAWAY brand is born. It was the first time that we had the company to its fullest. We had a head office, a team, a lot of will and, finally, a name. From that moment, we had everything to enter the market for real.

Focused on high quality project development, we started a series of training to the team. The company future, as we had conceived before, was depending on that. Having success on training and being able to develop our professionals on a level above the market standard had been a crucial phase to continue believing that would be possible to change the way of doing engineering, aggregating much more quality to projects. It worked!

In January 2015, the company began to take shape. After more than three months of preparations, we were ready to seat on the office and do engineering. With no more than four computers, a workstation for two and one desk for meetings, a coffee maker and a big desire to make the dream come true, we have initiated our activities in the office located at Arraias Street, room 203, São José dos Campos. 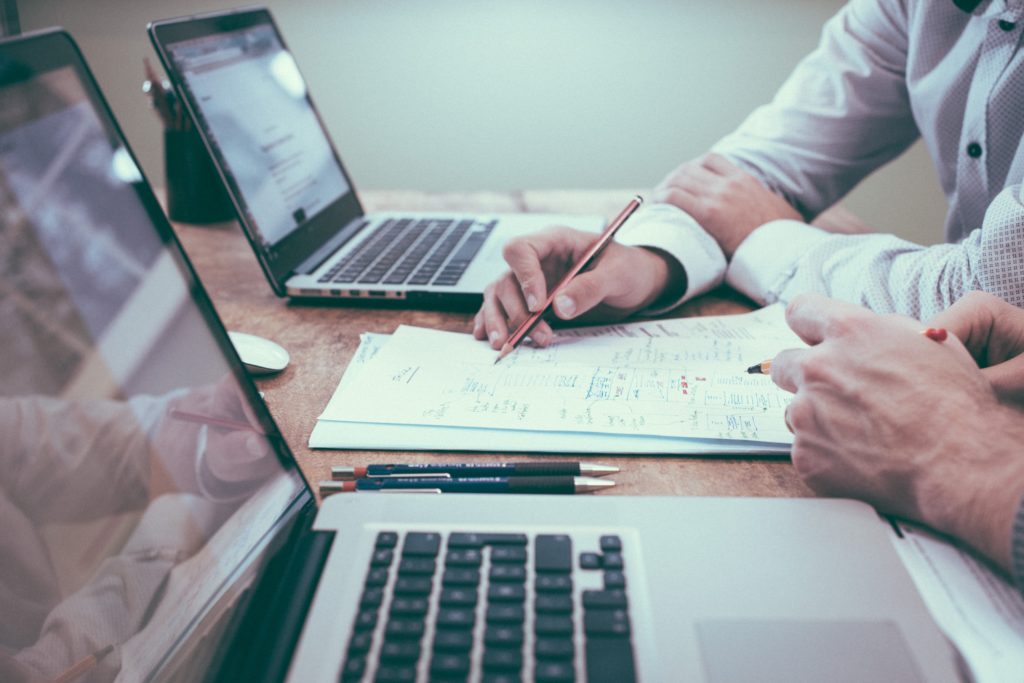 Our history officially began on September 15, 2014, when the company was founded. The  founding  partners  worked  in other companies in the infrastructure area and realized that a possibility was opened in the market for a new company. After more than eight months of meetings at the end week to design, plan and develop what would be the heart ofthecompany,  the three  founding partners implemented the beginning of the dream and started the that would become INFRAWAY. Over the next three months the company would undergo an exhaustive construction process. In addition to the company’s disclosure,  the founders focused on creating a brand that represented the essence of the company. During this period, the main values that would guide the development of the company were shaped and conceived the INFRAWAY way of doing engineering.